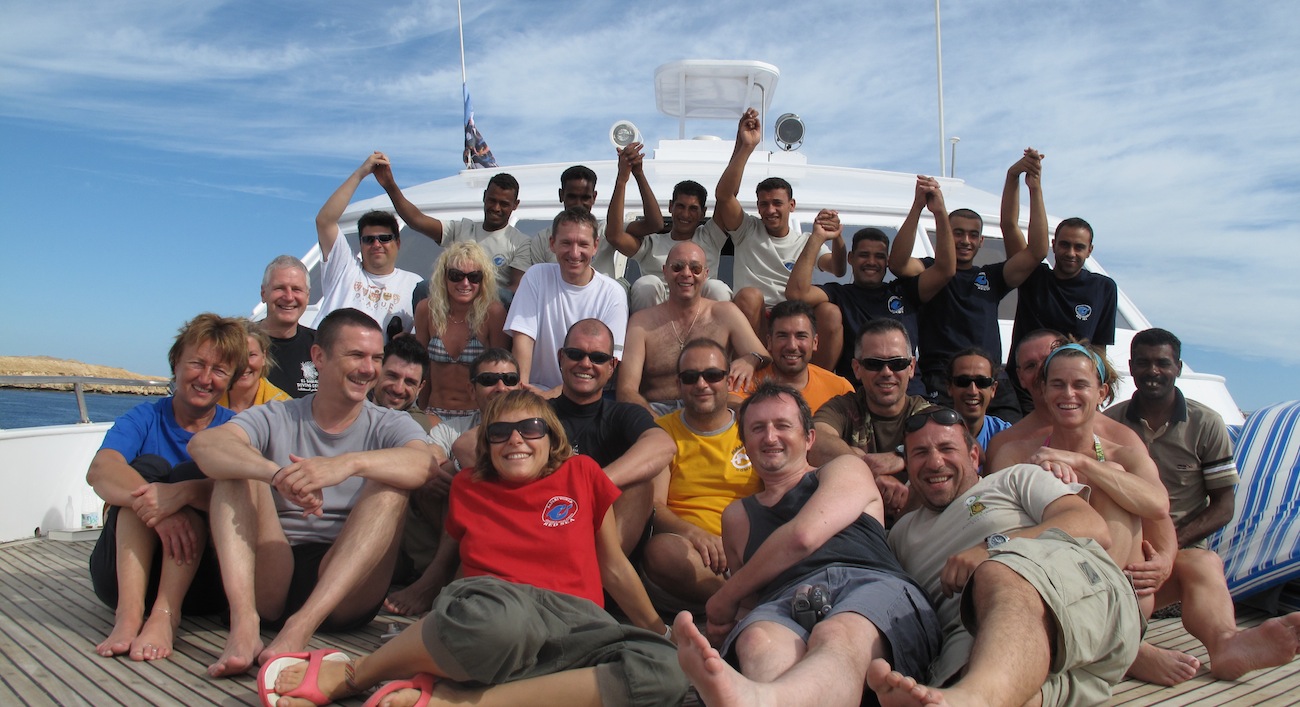 Liveaboard literally means “I live on a boat.”

For the diving traveler it means “I plan to dive all day and in between dives I shall dive a little more!”

Whether you can participate or not in a liveaboard trip rests on your level of diving experience. Depending on the route, a liveaboard trip is addressed to every diver, except the absolute beginners. You must be prepared to live on a shaky boat for a whole week. If you get easily seasick you might have to pick another way of enjoying the sea. The truth is that this kind of trip is not intended for non-divers.

It was back in 2006 when I planned my first liveaboard. I was looking for a destination that combined top diving and reasonable pricing. Another 10 liveaboard trips had followed since.

The fundamental questions asked are always the same; where, with which operator and how much?

The Egyptian Red Sea is the best all around option for us Europeans. Its proximity, its pricing, its diving quality, the provided services (accommodation and food), makes it a top notch destination.

My choice of “Golden Dolphin Diving Safaris” answered the operator part.
The Egyptian owned company has stand up to the test 6 years now, numerous trips so far.
With a private fleet of well maintained boats, excellent crews and dive masters, it is my solid bet.  Their flagship Golden Dolphin3, as long as the Golden Dolphin2,  provide luxurious accommodation but the diver can always reach out for budget trips with their lower category boats like Golden Dolphin1 or Sea Friend. The excellent client service is always guaranteed.

The “where” was already confined to the Egyptian Red Sea but I ought to limit it to a  specific route. 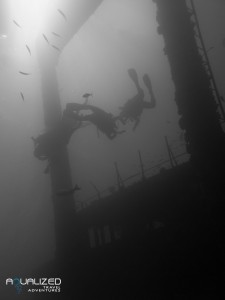 The northern route is a wandering path among the colorful and healthy coral reefs between Hurghada and Sharm el Sheikh. The Ras Mohammed marine park is the star here. Despite the huge amounts of visitors per year, this dive site remains one of the best dive spots of the world.
The narrow corridor between Sinai and “mainland” Egypt, is strewn with traps for navigators, the cause of the numerous wrecks which are scattered around. Carnatic, Dunraven, Giannis D, Thistlegorm are the best known ones.

The distances covered on this route are much shorter than the others’, lowering the overall cost.

Additionally, the diver must take under consideration that the sea in this area is relatively calmer throughout the year.
The diving is certainly impressive and will please every diving enthousiast but if you seek adrenaline dives among large pelagic life this is not the route for you. 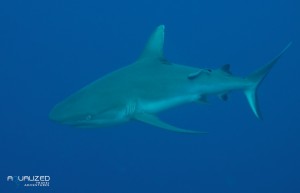 In the middle of the Egyptian Red lies a pair of tiny islands so famous in the diving community as few dive sites in the world. The big and little brother give shelter to an impressive amount of underwater biomass.

In both islands, the underwater walls are covered with myriads of hard and soft corals.

Thousands of small and medium sized fish school around, while predators such as tunas and snappers, reef sharks (white tip & greys) and larger pelagics such as dolphins, hammerheads, oceanic white tip sharks patrol the area. Manta rays may be spotted here as well.

For me, this is the top liveaboard destination in this region.

The major drawback is the strong winds afflicting vessels, crew and passengers.

These dive sites are addressed to experienced divers because of the strong currents that sweep the reef walls. 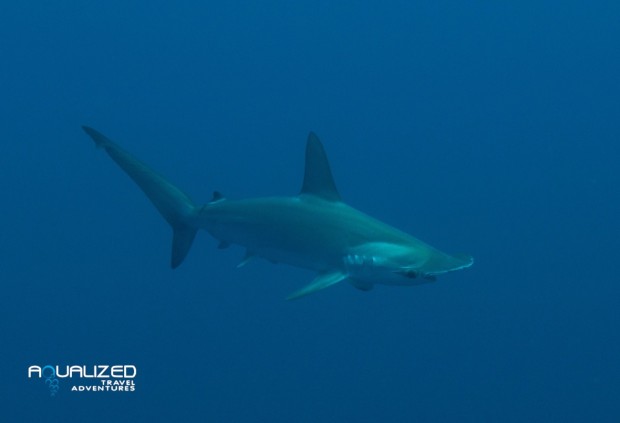 Daedalus reef, 170 km further south from Brother islands, can easily be described as a close cousin of the Brothers since they are so incredibly similar in means of underwater scenery!
The main difference is that Daedalus is a reef, not an island. The walls of this huge reef are totally covered with magnificent soft and hard corals but the main attraction (especially during May and June) are the aggregating scalloped hammerhead sharks.
This route can be combined with the Fury Shoals reefs which are extended over a huge area and consist of many small colorful and shallow reefs. Most of them are full of caverns and underwater passages. The crystal clear water and the abundance of reef life make them a fascinating place to dive into.
Dolphins are quite common here, especially at the Dolphin house reef.

The St. John’s reefs extend over an area of tens of square miles, about 20 miles from the Egyptian coast and near the border with Sudan. Abundance of aquatic life and healthy reefs will please the unquenchable diver.
The bigger advantage of the area is its remoteness (a fact that means that there is  always only one boat per reef) and its biggest disadvantage its harsh winds.

The north and Brothers routes start from the tourist resort of Hurghada (a mere 45 minutes flight from Cairo).
The south routes start from  Marsa Galeb which is served by the Marsa Alam aiport (5km away). The schedule to and from this airport is quite peculiar and we  often have to use the Hurghada airport and then a 3 hrs road transfer.

You don’t have to pack a lot!

Towels are not needed since they are provided on board, along with bath robes.
The weather is usually warm but it is wise to have a wind proof jacket for the cool nights , especially after 4 day and night dives.
A few T-shirts and a couple of shorts are more than enough.

The food is ample even for the hungriest of people and refreshments, tea and coffee are always available. Alcohol is permitted only after the last dive of the day.

The boat cabins have their private toilets and the desalination units provide sufficient fresh water.
There is 220volt electrical supply and these days more and more boats provide mobile wireless internet.

Depending on the route there is mobile coverage or not. The rule is, the closest you are to the shore the better the signal will be(CitrusNorth).

This site uses Akismet to reduce spam. Learn how your comment data is processed.

This website uses cookies to improve your experience while you navigate through the website. Out of these, the cookies that are categorized as necessary are stored on your browser as they are essential for the working of basic functionalities of the website. We also use third-party cookies that help us analyze and understand how you use this website. These cookies will be stored in your browser only with your consent. You also have the option to opt-out of these cookies. But opting out of some of these cookies may affect your browsing experience.
SAVE & ACCEPT